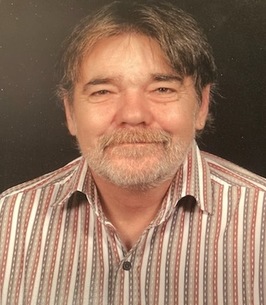 Cherryville - Mr. Terry Winston Morrison, 62, passed away on Saturday, January 29, 2022 at Hospice at Wendover in Shelby.

Terry was born on September 9, 1959 in Gaston County, NC a son of Winston Morrison of Kings Mountain and the late Brenda Scates Morrison. He was a self employed carpenter. Terry was a member of Second Baptist Church in Cherryville.

In addition to his mother, he was preceded in death by his wife, Betty Jo Lewis Morrison and a daughter, Terri Nicole Morrison.

Funeral services will be held at 3:00PM on Monday, January 31, 2022 at Second Baptist Church with the Rev. Jerry Lail officiating.

Memorials may be made to Hospice of Cleveland County, 951 Wendover Heights Drive, Shelby, NC 28150.