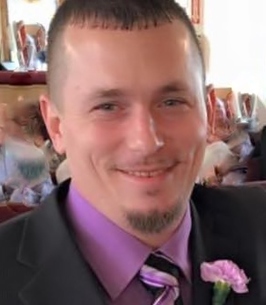 Michael was born in Gaston County, NC on October 28, 1983 a son of Larry Kennedy of Dallas and the late Patti Sisk Kennedy. He was employed as a painter. Michael enjoyed the outdoors especially hiking and fishing. He also enjoyed spending time with his family.

In addition to his mother, he was preceded in death by his sister, Amanda K. Johnson.

Survivors, in addition to his father, include his fiancé, Amanda Alexander of Cherryville; a daughter, Savannah; a half brother, Joey Bridges of Gastonia; a half sister, Emily Bridges of Dallas; a brother-in-law, Chase Johnson of Dallas. Also surviving are aunts, uncles and extended family.

A graveside service will be held at 2:00PM on Thursday, April 21, 2022 at Westview Gardens in Bessemer City with the Rev. Jerry Willard officiating.

Memorials may be made to the donor's choice.