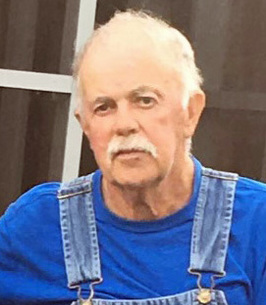 Larry was born on December 12, 1947 and was raised in Mt. Airy, NC a son of the late William C. Gunnell and Ester Marshall Gunnell. He retired as co-owner and operator of O'Dell's Grocery in Cherryville after 28 years. Larry later worked for Elmore Feed and Seed in Lawndale. He was a member of the First United Methodist Church and the Men's Bible Class. Larry was a member of the Cherryville Masonic Lodge #505 AF & AM and also Cherryville American Legion Post 100. He was also assistant scout master for Boy Scout Troop 323 in Cherryville. Larry served in the U.S. Air Force. Larry enjoyed working on his farm and raising honey bees.

In addition to his parents he was preceded in death by his sister, Pauline Ayers.

Survivors include his wife of 50 years, Juanita O'Dell Gunnell of the home; a daughter, Maria Pruitt and husband Tim; a son, Steven Gunnell and wife Bonnie all of Cherryville; five grandchildren, Landry, Grayce and Emma Pruitt, Brooks and Baylor Gunnell; two brothers, Vernon Gunnell of Clemmons and Elmer Gunnell of Mt. Airy; sister-in-law and business partner, Ann Harmon of Cherryville; brother-in-law, Richard Lee O'Dell and wife Cheryl of Matthews. Also surviving are a number of nieces and nephews.

Funeral services will be held at 2:00PM on Saturday, December 11, 2021 at First United Methodist Church with Pastor Zack Christy officiating.

Burial will be in City Memorial Cemetery in Cherryville with Military Rites provided by Gaston County Honor Guard and Masonic Rites by Cherryville Masonic Lodge.