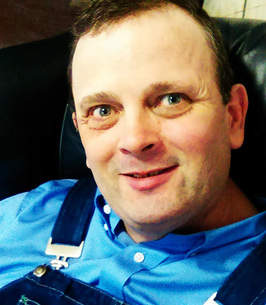 Calvin was born in Catawba County, on December 3, 1968 a son of the late John Reeves, Jr. and Mary Wright Reeves. He was a member of Bethel Wesleyan Church in Hickory.

In addition to his parents he was preceded in death by two brothers, Johnny and Jerry Reeves.

Burial will be at Bethel Wesleyan Church Cemetery

Memorials may be made to the Special Olympics of Gaston County, Ashley Anderson, 61 Central Avenue, Gastonia, NC 28054 or to Hospice of the Charlotte Region, PO Box 470408 Charlotte, NC 28247.