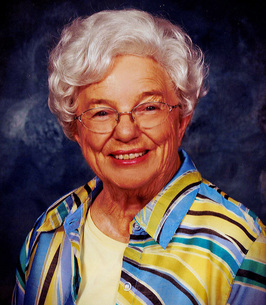 Mrs. Brackett was born on July 25, 1929 in Cleveland County, a daughter of the late Thomas Grover Howell, Sr. and Bessie Hardin Howell. Her oldest sister would state it was the hottest day in the history of Shelby. She was named Betty Jean by her older siblings but dubbed ‘Beanie’ by her oldest brother that stated she was so small she’d fit in his beanie hat. She often retold stories about growing up in Shelby and even though she hadn’t lived in Shelby for well over 70 years she considered herself a native of Shelby. Mrs. Brackett was educated in the Shelby City schools. She valued education highly and was an avid reader. She was a natural born teacher and inspired her children and grandchildren to develop a love for learning and exploring as well as reading. She was retired from Fab Industries in Cherryville. Mrs. Brackett was a member of Mt. Zion Baptist Church in Cherryville, a member of the Bethany Sunday School Class, the Homebound Committee and also served on various committees. She worked tirelessly in the Sunday school departments of Mt. Zion Baptist Church. She was a Sunday school teacher in the nursery, primary, and other levels for well over 40 years. Her love of learning was only surpassed by her love of Christ and her family. Over the years she was a girl scout leader, an officer of the Dora Mill Women’s club, Delview Women’s club, and the American legion auxiliary. She Volunteered at the Cherryville area ministries and was actively ‘carrying literature’ and visiting home bound and infirmed people at age 90. Mrs. Brackett was famous for her ‘flowerpots’ and often would send visitors home with a vase of “pretty boys” or mixed flowers from her yard. She was constantly doing for others.

Funeral services will be held at 2:00PM on Wednesday, March 2, 2022 at Mt. Zion Baptist Church in Cherryville with Revs. Keith Huss and Jerry Lail.