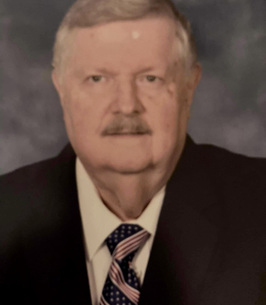 Lincolnton - Mr. Barry Milton Long, age 77, departed this life at 1:45 pm on the afternoon of Monday, November 29, 2021 at CaroMont Regional Medical Center in Gastonia after a brief illness of 31 days.

Barry entered this world on Monday, September 4, 1944 at Gordon Crowell Memorial Hospital in Lincolnton, NC. Barry was the son and only child of proud parents, James Berlin and Dora Blanche Long, also of Lincolnton, NC.

Barry displayed an interest in music and an ear for perfect pitch at an early age as music was a constant in the household. He began his lifelong hobby of record collecting at the age of 4 in 1948, a passion that followed him throughout his life. At the age of ten, Barry’s mother, Blanche, agreed to piano lessons from local teacher, Nadine Brown, with the stipulation that Barry keep up his end of the bargain by practicing for an hour each day, which he did with due diligence. He became proficient on the instrument and, upon graduation from Lincolnton High School in June 1962, entered the music program at Lenoir Rhyne College in Hickory, NC, graduating with an A.B. Degree in Piano from the school in June 1966. Out of 12 students who entered the program, Barry was the only one to finish in his graduating class. Barry also supplemented his income during his college years by playing piano in a local band on weekends.

Barry embraced his hometown of Lincolnton and, as opposed to the life of a traveling musician, opted for a career closer to home in the department of Social Services where he served the citizens of Gaston County, NC in his roles in Adult Services and Adult Income Maintenance until his retirement in September 1995. For 20 years he also taught private piano lessons from the home.

Among the many accomplishments in his career in social work, Barry served on a special committee in the state office writing the first state manual on Adult Placement and was awarded Gaston County’s NCSSA Employee of the Year award in 1982. Additionally, he served in NCSSA as South Piedmont District Vice President and on several state committees. Barry also earned an additional college degree in social work from Livingstone College in 1978 and taught night classes related to social work at Cleveland Community College in the 1980s.

Barry met his high school sweetheart, Polly Aldean Little, in a high school math class in 1960. They dated for six years and married in June 1966 upon Barry’s graduation from college. Four years later, in August 1970, they started their family with the addition of the first-born child, a son, Adam Shane. In January 1974, they added daughter, Erin Amanda, to the fold and Carrie Grace in July 1979. Although Barry and Polly divorced in 1987, they remained friends.

Barry was a lifelong member of Emmanuel Lutheran Church in Lincolnton, NC until 2004 when he became a member of First Baptist Church in Lincolnton, NC. He was a devoted member in both congregations, serving for eight years on church council in the former and in various capacities in the latter, which included, but not limited to, serving as a deacon and facilitating the Grace Singles, Grief Share and Divorce Care Groups and sharing his musical gifts with the congregation on a regular basis. His love of service and compassion was evidenced by all.

In his post retirement years, Barry enjoyed volunteer work and was a driver for the Meals on Wheels Program in addition to volunteering his time and energy to Hospice House of Lincolnton, NC. Barry also enjoyed dancing, in particular, ballroom and swing dancing, and regularly attended swing dance events in the area.

Barry was a loving father and grandfather who enjoyed weekend family get-togethers with his children and their spouses and his grandchildren and imparting his wisdom and life lessons. He leaves a void that will not be filled.

Funeral services will be held at 2:00PM on Thursday, December 2, 2021 at First Baptist Church in Lincolnton with Dr. Stanley Spence officiating.

Burial will be at Forest Lawn Cemetery in Lincolnton.